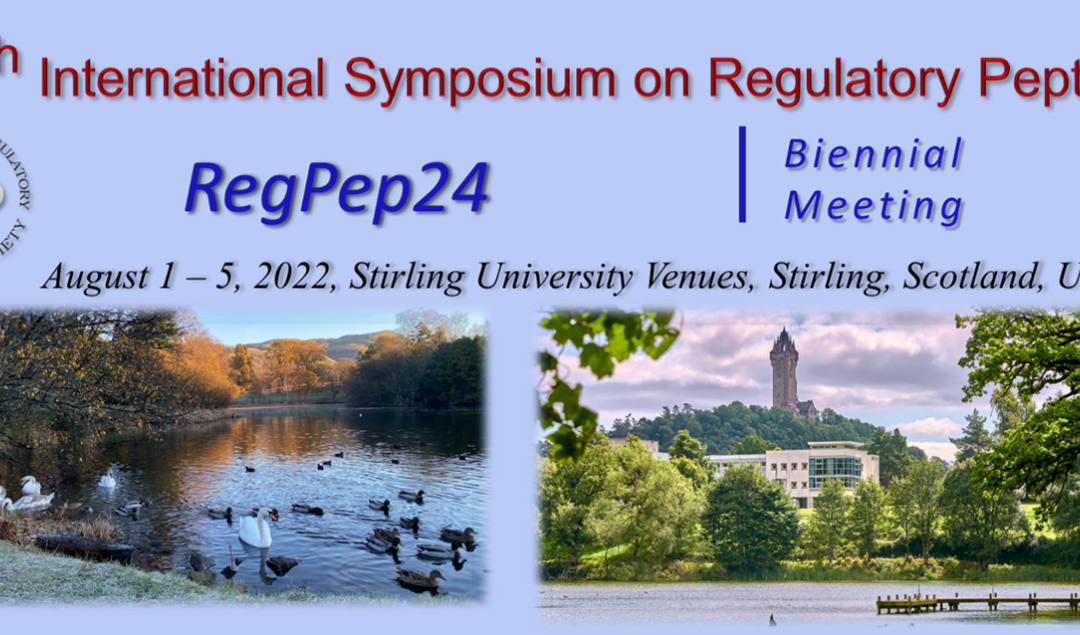 The International Regulatory Peptide Society (IRPS) has been an affiliated member of IUPHAR since 2019. The next biannual symposium of IRPS will be held in the venues of Stirling University, Stirling, Scotland, UK during August 1-5, 2022 (for details, please visit www.RepPep.org).

The symposium will cover various aspects of regulatory peptides, particularly on advances in basic research on regulatory peptide physiology and pharmacology, leading to accelerated translation to peptide-based therapeutics.

The biannual symposia were named “International Symposium of Gastrointestinal Hormones” during a period of 1976 – 1994 and renamed “International Symposium on Regulatory Peptides” since 1996, which reflects the evolution of regulatory peptide discovery. Figure 1 shows the extraordinary evolution of these molecules from gut hormones, to hypothalamic hypophysiotropic factors, to brain neuropeptides, and finally encompassing systems physiology as regulatory peptides in full. 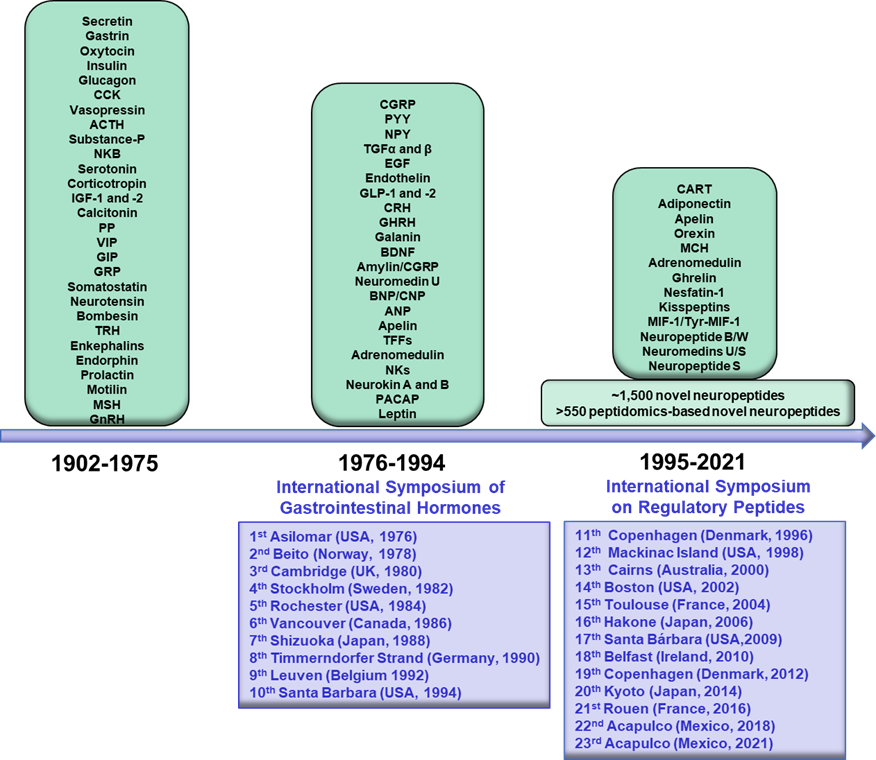 It ought to be remarked that the milestones of regulatory peptides’ discovery should also include, at least, the identification, cloning and characterizations of receptors; the elucidation of physiological functions and mechanisms; the development in diagnostics and therapy; and the involvement in pathophysiology. These themes have been covered throughout all RepPep symposia during the past 47 years and will be even more highlighted in the upcoming symposium.

Now with so many GPCR structures being elucidated; so many peptides approved by FDA for metabolic disorders; so many strides in therapeutics and diagnostics; and so many peptidergic circuits discovered in brain, we believe this is truly a time of renaissance for regulatory peptides. The mission of IRPS is to make the best scientific and educational contribution for public benefit, which is well aligned with the objectives of IUPHAR. It is our hope that the partnership between IRPS and IUPHAR will accelerate peptide-centric drug discovery.

The history of RegPep symposia is a history of the immense significance. All are warmly welcome to join RegPep24 and let’s contribute together to a new era of regulatory peptides!