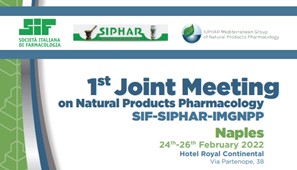 This well attended (260 present) and dynamic meeting was organised by the Italian Pharmacology Society, SIF (President Giorgio Racagni, President-elect Giuseppe Cirino), and marked the success of Giorgio’s IUPHAR/SIF initiative, taken up at the Kyoto WCP, to set up a Mediterranean regional grouping for natural products (NPs), as it is an area with a unique biodiversity and a rich NP research. The meeting was extremely well organised and Giorgio had set up two novel symposia of great interest: 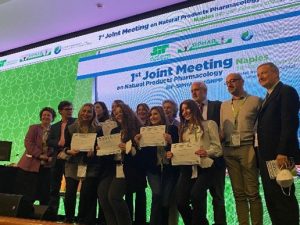 Andreas Papapetropoulos, Athens (Sec Gen EPHAR), described the network for scientists for Greek compounds (NPs) in cardiovascular disease and cancer. 30M Insects 1M animals, 30M plants, Hotspots of biodiversity, Centre of excellence for natural products, isolating and generating libraries also Plant-UP research infrastructure. Example: NPs in olive oil; oleuropein is the main active precursor (major polyphenol in leaves) for the derivatives such tyrosol and hydroxytyrosol which occur mainly from hydrolysis of oleuropein. 10 and 20 mg/kg in rabbits is equivalent to human consumption of olive oil.  In a rabbit cardiac ischaemia model the infarct area versus area at risk showed a reduction from 48 to 18 in prevention dosing, less effective in cholesterol-loaded rabbits. Also effective post-infarct. Inhibitors of classic pathways (such as NO) did not block benefit, so unknown mechanism. Beneficial effects on lipid profile, and improves cardiac morphology after ischaemia. Increases fly longevity in drosophila.

Frequently the activity of a single compound does not mimic the effect of the mixture.

These are just some of the numerous examples of components present in plants, insects, and animals of the Mediterranean Area that had been the subject of discussion during the Naples Meeting. For many of these, the mechanisms of action underlying the reference pharmacological effect have been highlighted, thus supporting the possibility of bending the pharmacological activity in a more correct clinical use. 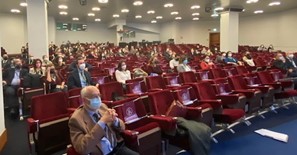 In summary, we can conclude that the Naples Meeting, the first of its kind, fully hit the targets set by the organizers. It: