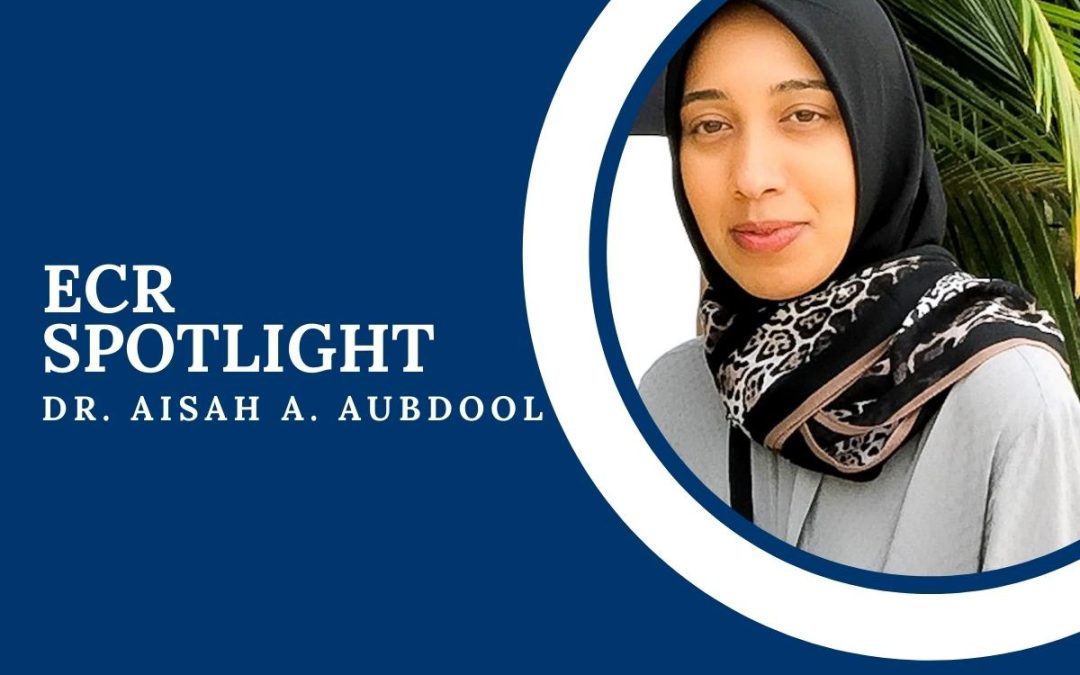 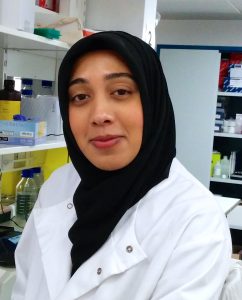 Dr. Aisah A. Aubdool is currently an Early Career Researcher (ECR) – Lecturer in Cardiovascular Pharmacology at William Harvey Research Institute at Queen Mary University of London. She is currently working in the laboratory of Professor Adrian J. Hobbs and her research focuses on the role of C-type natriuretic peptide in vascular remodelling and aortic aneurysm. Aisah graduated with a BSc (Hons) in Pharmacology before gaining her PhD in Cardiovascular Medical Research from King’s College London, under the mentorship of Professor Susan D. Brain. Her PhD project focussed on understanding the mechanistic role of a specific ion channel, transient receptor potential ankyrin 1 (TRPA1) in vascular homeostasis and she discovered that TRPA1 acts as a cold sensor to regulate blood flow to the digits. In addition, in her first postdoctoral position, she demonstrated that unique α-Calcitonin Gene-Related Peptide (CGRP) analogue (in collaboration with NovoNordisk) protects against the cardiac dysfunction associated with pressure-overload. Her recent postdoctoral project under the mentorship of Professor Adrian J Hobbs has shown that C-type natriuretic peptide plays an essential role in angiogenesis and vascular remodelling in response to ischemia.

Dr. Aubdool serves at the Chair of the IUPHAR ECR Committee. She became a member of the British Pharmacological Society in 2010 and is currently the regional Ambassador coordinator for London. She is also a member of the Pharmacology Matters Editorial Board and the Public Engagement and Policy Committee at the British Pharmacological Society. Dr. Aubdool has authored >20 peer-reviewed journals (H-index: 16). She has presented her research in multiple international conferences and was recently invited to the summit with Nobel Laureates in 2021. She is the recipient of multiple awards in the area of cardiovascular pharmacology, including the Pickford Award and Bill Bowman Prize Lectureship.